April is National Poetry Month, and to celebrate, the Annandale Campus Library holds a Book Spine Haiku contest. Because we are still telelearning and have limited access to campuses, this year's contest will continue to be virtual. During this time of social distancing, instead of browsing Annandale library shelves contestants will use the BOOKS & EBOOKS search to locate titles that appeal to their poetic sensibilities. Poems will be accepted until  5:00pm Wednesday, April 21st.

What is haiku? Japanese haiku, both traditional and modern, usually center on nature or seasonal themes. Traditional Japanese haiku also follow a three-line format with the first and third lines consisting of 5 syllables each and the second line being 7 syllables. This format is encouraged but not necessary to enter the contest. This is the PEOPLE'S CHOICE winning poem from 2019. 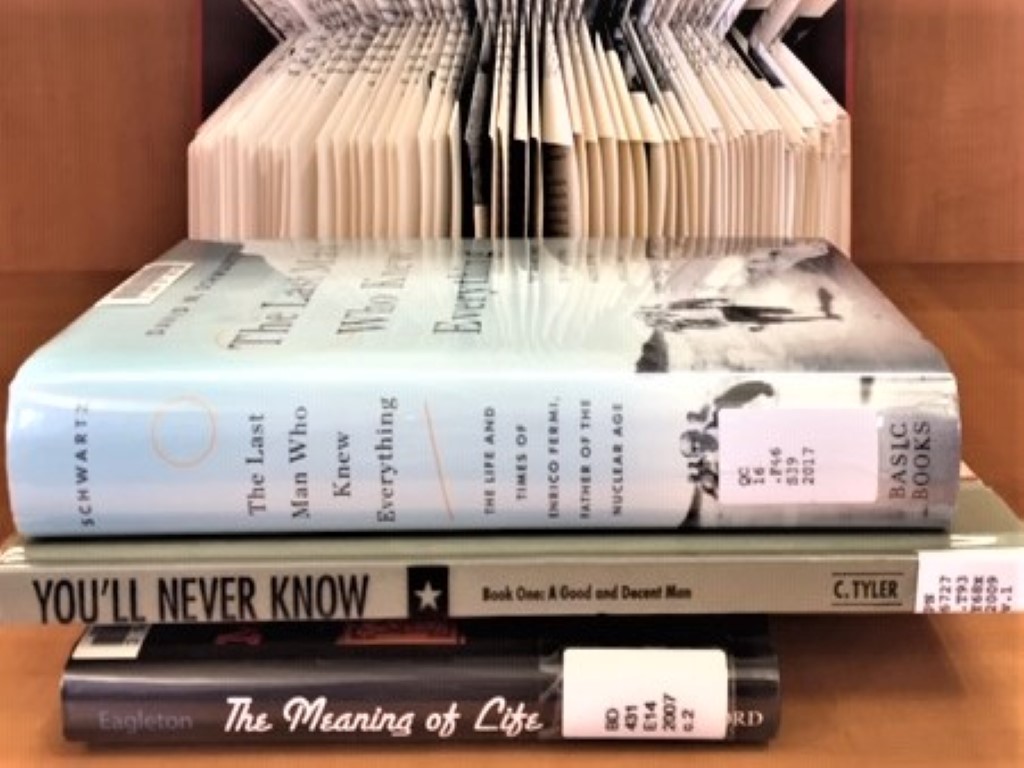